During the episode Cabin Fever we were shown how Locke was given up for adoption. His mother, Emily, was hit by a car, rushed to hospital and John Locke was born prematurely. As far as the hospital was concerned, John Locke ought to have never survived - but survive he did. However, by the time he was strong enough for Emily to hold in her arms she had decided that she could not do it, and Emily's mother made enquiries about adoption.

The obvious question: Why did Emily give Locke up for adoption? I am inclined to take the matter at face-value. Emily Locke was a young girl facing the prospect of being a single mother in a time and place that was not accepting of such things. If the father - Anthony Cooper - wanted nothing to do with the child, and Emily's mother was pushing her to get rid of the child, it's understandable why she did so.

As adults, Emily and Locke have two conversations. Bearing in mind the above apparent history, I want to look at these two key moments and discuss some points of interest. So the first conversation is after Emily has met John in the car park of the toy store he was working at, where she has announced that she is his mother. After this they go to a diner.

LOCKE: "No. No, I was raised in a foster home. Well, several foster homes, actually. Look, I don't mean to be rude—what do you want from me?"

EMILY: "I want to tell you that you're special, very special. You're part of a design. You do realize that, don't you? That our meeting — me finding you — this is a sign of things to come. Great things."

LOCKE: "My father, is he still alive?"

EMILY: "Still alive? Oh, John, don't you understand? You don't have a father. You were immaculately conceived."

With dialogue like this, with all of its talk of grand designs and immaculate conceptions, it's easy to get giddy and reach wild ideas. I'm going to keep my feet on the ground and first of all ask: Does the above dialogue contradict anything we know about John's birth and subsequent adoption?

Bearing in mind that Emily is having this conversation as part of an elaborate con under the instruction of Anthony Cooper, her saying Locke is "part of a design" is kind of twisted. Talk about rubbing his nose in it! It appears Emily didn't follow the progress of Locke's life closely; she’s unaware that he was never adopted by anyone and went through the foster care system.

The immaculate conception business is certainly ripe. It's also certainly wrong. We know young Emily had a man in her life. Who that man was has been widely debated but, until I learn otherwise, I'll stick with it being Anthony Cooper. Monstrous father-figures loom large in Lost, and there was all that business with Ben insisting that Locke kill his own father on the Island. . . If Anthony turns out not to be Locke's dad I feel that will be more for shock value than logical plot progression.

COOPER: "I didn't know you existed until a year after you were born. She [Emily] told me she wasn't even going to have a baby — you — at all. Then she drops off the face of the planet. When she turns up again, she's asking for money, telling me she put you up for adoption."

It's hard to know if Anthony is telling the truth. Weirdly, I think he is, but that's purely my opinion. In the meantime we should not forget that the private investigator Locke hired turned up evidence that showed Emily Locke had spent time in the Santa Rosa mental institute for schizophrenia. Whatever happens, wherever we go, we can't just overlook the fact we're dealing with a crazy woman here! Which brings us to the second conversation Locke has with his mother; he is in the hospital, his dad has gone and so has his kidney!

LOCKE: "What are you doing here?"

LOCKE: "You told me I didn't have a father."

EMILY: "Well, he said that was the only way you would give it to him. It had to be your idea. He told me where to find you. He asked me to go see you. I wanted to see you."

Again, looked at on face-value then this is a confession scene. The moment the writers have Emily come back to deliver the point that Locke has been conned, and that she did it for money. Was all that talk of "immaculate conception" purely a ploy to convince Locke that Emily had no connection to Anthony whatsoever? Makes sense to me.

So I guess what I am establishing here, amidst the half-truths and inferred meanings, is that the face-value interpretation appears correct. Emily Locke gave up John, went crazy (perhaps Cooper, generous with his money, funded her stay in Santa Rosa?) and then returned purely to aid in a con for more money.

But here's a punchline. Look at Emily's last statement to Locke. "I wanted to see you." Locke didn't pay any attention to it as, typically Locke, his mind fixated in the wrong direction. But it does bring me back to my first question. Why did Emily give Locke up for adoption? If you believe she regrets the decision purely the way a lot of people grow old and regret some of the major decisions they have made in their lives then the matter can rest here.

Conspiracy theorists, if you believe there was deeper, underlying rationale to Emily's allowing Locke to be given up for adoption, well, there's scope to theorise away. “Our meeting — me finding you — this is a sign of things to come. Great things. . . I wanted to see you. . .”

It’s mighty tempting to look past the face-value explanation. To consider a longer con taking place – that Emily was part of the process of engineering Locke for “great things” on the Island, isn’t it? And, as part of a vision, Emily Locke actually appeared on the Island! And Richard Alpert was present at the moment Emily turned away from her son! And Emily shares the same name as Ben’s mother! And. . .

I’m keeping my feet on the ground. I’m taking things at face-value. For now.

AC, Once again I appreciate your insight.

Your thoughts have sparked some of my own. What's the deal with mothers not raising their children on this show? Locke was not raised by his mother and Ben could not be raised by his mother. I can't help but think how differently their lives might have turned out had their mom's been there for them. Which leads me to Aaron. It's looking like Claire may not be able to be there for her son. Is this a case of history repeating itself?

On a side note. How many more people are we going to find out have connections to Santa Rosa?

Anyway, thanks for the thought provoking theories.

Good points knowitall. Great thoughts as always AC! Makes me ponder many things, Was Emily ever part of the Darma inititive she seems almost zelious in a religious way, this could be the crazy you speak of but i`m thinking long con here. 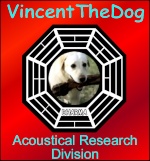 Maybe the Santa Rosa institute is part of the Dharma Initiative. And if so maybe this was why Abadddon wanted to move Hurley out of there. And if he is working against them why he very quickly left when Hurley started calling attention to him.


AC, you raised some very interesting topics about Locke's mother, and it will be interesting to see how her role plays out in the final two seasons.

Stitch- interesting point...Santa Rosa and Dharma being run by the same people...that really makes some sense. Remember back earlier in the series when we were all really into trying to figure out what was really happening in those stations...button pushing...secret cameras...psychological testing...brainwashing...etc. Well, there is certainly a lot of psychological processes going on at Santa Rosa! What if that is the key to Hurley's connection to all of this? Maybe the numbers were programmed into him purposely while in Santa Rosa as part of a DI experiment. An experiment that started in Santa Rosa and continued on the island.

As always, I defer to my signature courtesy of tr41c(Todd).

Thanks for the post, AC. I lean toward letting my feet float a little higher than yours. I am totally reading way more into all that stuff than you are. You are just so rational. Heck, I am still willing to believe that the two Emily's are the same person!

I love when people post theories with pictures and dialogue. GREAT work!!!! Loved it! 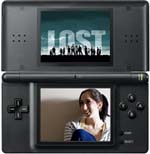 I couldn't agree more: if Cooper turns out to not be Locke's father, I feel it will be more for shock rather then plot.

I think that someone convinced Emily to give up Locke, most likely, her mother. And I suppose that Richard (or another "power that be") may have had a hand in convincing her mother to be rid of John. But that is as far as I will go into a conspiracy theory. (For now.)